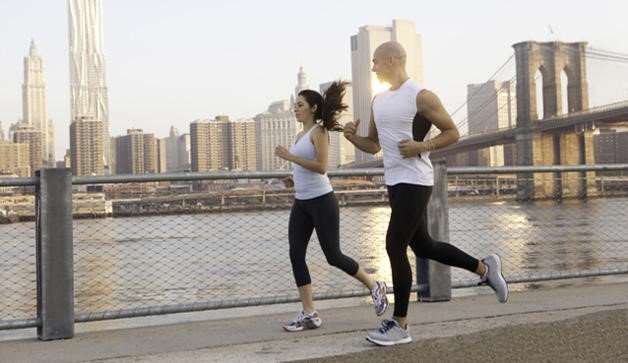 You put on your shoes, you go for a run – it’s that simple. Still, there are issues: Where should you run? How do you pass? Should you wave? Knowing what to do – and not do – means you won’t annoy your fellow runners, or get hurt.

Running etiquette is not often something found on a hard-bound list and it can be difficult to know exactly what is and isn’t socially and lawfully acceptable, especially if you don’t have years of trail running experience under your belt. Following posted signs is always the number one rule, however, some trail running etiquette is not as steadfast; many etiquette rules are social, adhered to differently in different running circles and are often debatable.

When you’re running on the road, run on the side facing towards the traffic which allows you as well as oncoming traffic to see each other before its too late.

Runners are considered pedestrians and may run on sidewalks as protection from traffic, so don’t be afraid to run on the sidewalks just take note of the rest of the rules.

Use the pedestrian crossing

Many runners have been struck by cars – the majority of which occurred when the runner was not using the pedestrian crossing. Its easy to zone out and not pay attention and many of us listen to music while running which limits if not eliminates our ability to hear on coming traffic so use of the crosswalk is a must to stay safe.

On running paths, stay to the right and pass on the left. Many other people use the same path for not only running but walking and biking. If you’re on a trail with no room to overtake another runner, wait 30 seconds then ask to slip by or let them know of your intention to pass them, by saying “on your left.”

Yield right of way to anyone who is slower than you

“The faster person should always be yielding. That means bikes yield to walkers, runners yield to walkers. Step off the trail and allow enough room for others to pass. Horses always have the right away. Horses will spook if not yielded to, which causes danger to the horse and everyone else involved.”

Go with the flow

On a trail, follow the travel pattern of others on the trail and don’t go against traffic, the trail is shared with cyclists as well as others runners and going against the flow could be harmful for you and others so be courteous.

If you run with your dog, keep him on a tight leash, and move to the side so runners can pass without interruption.

The normal rotation on a track is counterclockwise but look for regulations; some are posted and some reverse directions every other day.

Wave if you want

Some runners prefer to zone out during a run and not focus on anyone, but others tell me they feel energized when they wave and like the sense of camaraderie a greeting provides, if you make eye contact go ahead and wave.

“Point blank, you shouldn’t litter. It’s so easy to leave gel packets and energy bar wrappers, but don’t do it. Litter damages the environment and ruins the experience for other people. People get into trail running and hiking to escape and get away from typical American life and when they are in the escape it is unpleasant to have to see trash and waste littering the trails. Trash can also ingested by animals; there are cultural reasons and safety reasons for the wildlife against littering.”

INVALID REQUEST: Please check that this widget has a Google Place ID set.